Former CIA officer Clare Lopez accused the U.S. government of allowing $500 million in arms to flow to al-Qaeda militants who opposed Gaddafi in 2011. The Obama administration is accused of ‘switching sides in the war on terror.’ As a result, Ambassador Stevens and at least 3 other Americans were killed in Benghazi, Gaddafi was killed along with other Libyans. 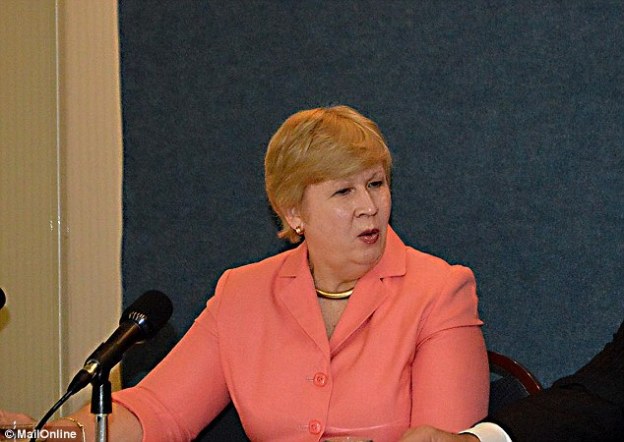 “‘Gaddafi actually offered to abdicate’ shortly after the beginning of a 2011 rebellion.” … “Gaddafi wanted only two conditions to step down: permission to keep fighting al-Qaeda in the Islamic Maghreb (AQIM), and the lifting of sanctions against him, his family, and those loyal to him.” Lopez “blamed the Obama administration for failing to stop half of a $1 billion United Arab Emirates arms shipment from reaching al-Qaeda-linked militants.”

‘Remember, these weapons that came into Benghazi were permitted to enter by our armed forces who were blockading the approaches from air and sea,’ Lopez claimed. ‘They were permitted to come in. … [They] knew these weapons were coming in, and that was allowed..’The intelligence community was part of that, the Department of State was part of that, and certainly that means that the top leadership of the United States, our national security leadership, and potentially Congress – if they were briefed on this – also knew about this.’ ‘The White House and senior Congressional members, deliberately and knowingly pursued a policy that provided material support to terrorist organizations in order to topple a ruler [Gaddafi] who had been working closely with the West actively to suppress al-Qaeda.’ ‘Some look at it as treason,’ said Wayne Simmons, a former CIA officer who participated in the commission’s research.”

“Retired Rear Admiral Chuck Kubic, another commission member, told reporters Tuesday that those weapons are now ‘all in Syria.'”