Human-caused climate change is a futile waste of resources

Even if CO2 concentration in our atmosphere were 100%, ocean temperatures would still control the planet’s atmospheric temperature.

CO2 retains some heat in the atmosphere as a temporary intermediate but in a relatively minor amount compared to water vapor. CO2’s effect is seen most at night in very dry areas such as deserts, and in the cold and dry air of the upper atmosphere and the polar regions, but it is a function of ocean temperature. CO2 causes a delay in warming and a delay in cooling, cycling after in correlation following ocean temperature, similar and co-dependent with water vapor.

I have misplaced the source of the calculations in this table, but these are the correlations with average global temperature. Note that both ocean temperature and solar irradiation correlate with temperature better than CO2 and that ocean warming has a very high correlation. Global warming concerns about CO2 are a futile waste of resources. 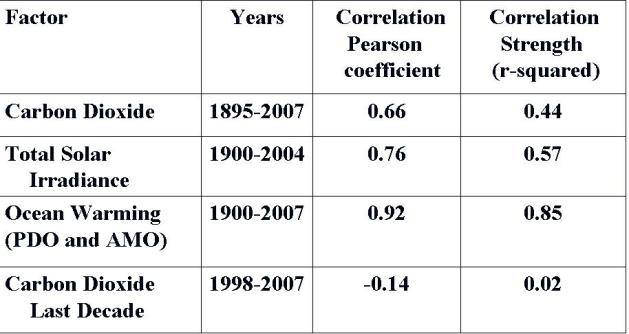