Ally with former communists or Muslims? That is the real question about NATO and the EU.

Ally with former communists or Muslims? That is the real question about NATO and the EU.

In case you missed it, France is nearing a state of civil war against Muslims within France. The French government and military are gearing up to fight the Muslims inside France.

French Prime Minister Manuel Valls said that “every day attacks are foiled … (including) as we speak.”  He continued, “nearly 15,000 people in France are being tracked because they are suspected of being in the process of radicalization, while 1,350 are under investigation – 293 of them for alleged links with a terrorism network.”

“‘Today the threat is at a maximum, and we are a target,’ Valls said on Europe 1 radio. ‘Every day intelligence services, police foil attacks, dismantle networks, track terrorists.’
Despite the tracking, with plots uncovered, ‘There will be new attacks. There will be innocent victims,’ the prime minister said.”  (1)

IMHO and personal experience, most Russians and Chinese, like most Iranians, are not enemies of freedom.  They want and appreciate freedom. The leaders, the politicians and the entrenched bureaucrats positioning for more power, more control and more money, i.e. the oligarchies, are the problem.

Russia and China versus America/NATO were enemies for a couple of generations. Today, I don’t think that is true. Russia and China are rapidly becoming capitalist. The oligarchies there know they cannot stop the transition to capitalism, so the oligarchies have decided to become crony capitalists like their ilk in America and Europe.  American, Russian, Chinese and Iranian people have two common enemies.  One enemy is the oligarchy running our respective governments.  The second enemy is the Islamist oligarchy.

We in America are moving in opposite directions from Russian and China with regard to capitalism.  But we are on the same path, passing in the night if you will.  This is where diplomacy, negotiation and deal making can succeed.

The oligarchy in the US is moving this nation rapidly to the Euro model of socialism, ruled of course by crony socialists.  (Of course, I vigorously disagree and resist that movement.)  Meanwhile, the Russians and the Chinese are moving in the opposite direction, moving away from communism and towards capitalism.  Russians and Chinese are now in Euro-socialism and moving rapidly toward crony capitalism. In addition, of course, Americans and the current U.S. government (but not the last U.S. government) share with the Russian people and the Russian government and with the Chinese people and the Chinese government an anathema regarding sharia and Islamism.   The Russians and Chinese understand that better than Americans.  In that sense, Americans have far more in common with Russians and Chinese than we do with the most but not all of the governments Europe; Hungary and Poland are outstanding examples to the contrary.

Continuing an alliance with NATO and the EU is becoming a problem.  For example, the U.S. military and intelligence will not be able to share with NATO and EU when NATO and EU countries become sharia compliant.  What will become of NATO and the EU when Italy falls to Islam? That is not a far off.  The current Prime Minister of Italy has said that Italy will not survive past 2017 if it remains compliant with EU immigration law. Italy will be overwhelmed by Islam.

World domination is the expressed intent of Islam. The Russians and Chinese already understand that. The U.S. and NATO and EU do not understand that.  Russia, China and the U.S. and free people everywhere have a common enemy, an enemy sworn until death to dominate all of us infidels. Our common external enemy is the oligarchy in Muslim countries who are using a dark-age, unreformed religious dogma to control people and nations.

Unfortunately, due to generations of indoctrination, we do not have much in common with the people in most other Muslim countries.  That should be obvious since these countries with a few exceptions have eliminated almost all freedom of religion and they actively persecute or kill non-Muslims and apostate former Muslims, in addition to killing homosexuals and treating women as property.  Generations of Muslims run through their streets whipping their backs until bloody, screaming death to America, death to Israel, death to England, death to Russia, etc.  If you read Islam’s holy books with an open mind, you will realize it is a cult of death that idolizes the afterlife.  They train their children in schools and public television to kill us infidels.  Only a fool ignores such things.

The standard-issue social system defined by sharia is specifically and intentionally designed to defeat individual freedom and non-sharia governments by using the tolerance, freedom and laws that were the foundations of western societies against those societies. They intend to wear us down.  Free people can hope for reform of Islam, but we cannot reform Islam.  Muslims must reform Islam.  We can only protect reformers from the true believers who decimate them.  Only a fool ignores such things.

Islam shares with communism an impetus to defeat individual freedom.  But the people of Russia, China and Iran love their children too.  Most of the last two generations of Russians and Chinese today are not communist.  But many or even most in the Russian and Chinese government could still be true believers in communism.  They are members of the oligarchy.  They were indoctrinated and conditioned as most Muslims have been indoctrinated and conditioned.   There are millions of Muslims who have been trained for multiple generations to kill “non believers,” wherever they are.   The same was true for Russians and Chinese, but this is no longer true.  Russian and Chinese people are slowly gaining freedoms, but that has not happened in Islam-dominant nations.  Turks and Iranians have lost freedoms, as have Americans and Europeans.

An eyes-open relationship with both Russia and China would help to contain the global hegemony intentions of Islamists/Muslim Brotherhood.   NATO and the EU are not survivable on their present courses.  Iran is ripe for another violent internal revolution. 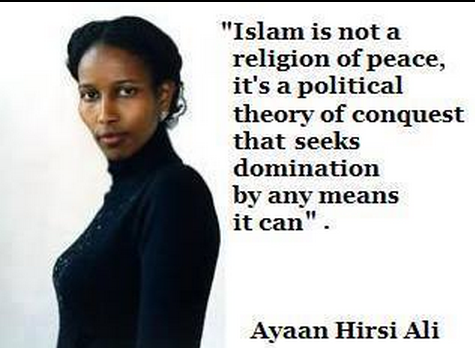 2 Responses to Ally with former communists or Muslims? That is the real question about NATO and the EU.