“Methinks thou dost protest too much”

Posted on January 25, 2017 by budbromley
According to the UN, 2016 was a record year of growth for food cereal grain crops. “Record cereal production to lift global inventories to an all-time high.” The United Nations expects cereal production to be 1.7 percent, or 44 million metric tons, higher than 2015.
U.S. corn and soybean yields hit record levels in 2016, according to U.S. government data. Corn production rose 15.1 billion bushels, or 11 percent, from 2015, and soybean production rose another 4.31 billion bushels, or 10 percent, over the previous year.
But, NOAA, NASA and the UN claim 2016 was warmer than 2015 by less than 0.10 degree C and carbon dioxide concentration in air passed 400 parts per million in air in 2016. NASA satellite studies report that the planet has been getting greener during the past couple of decades when satellite imaging was available.
Why are they complaining about global warming and higher CO2?  Why are they spending billions of dollars and wanting trillions of dollars to reduce CO2?  It’s past time that citizens concern themselves with the deceit of the UN and most recent governments.

Could it be that a great many people trusted their governments too much?
http://www.fao.org/worldfoodsituation/csdb/en/ 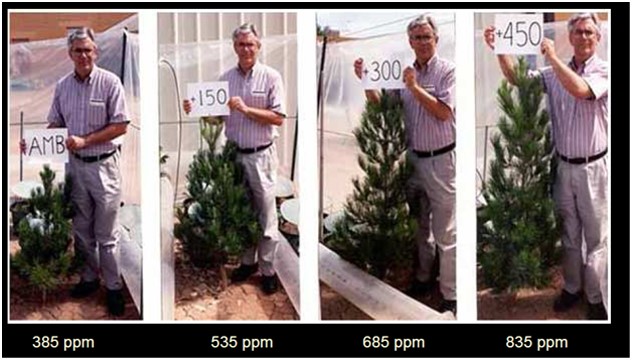