More detail on the AGW fraud

Irradiance is the radiant flux (power) received by a surface per unit area. The unit of irradiance is watt per square meter (W/m2). So-called greenhouse warming results from infrared radiation from the sun and from nearby molecules or reflection, convection, or conduction from adjacent objects like the land surface, buildings, etc. Infrared radiation is continually being absorbed and remitted at a lower wavelength by molecules such as water vapor, CO2, methane and nitrous oxide in the air. These molecules cannot store radiative energy, they absorb and transform the radiative energy into molecular and atomic motion (vibrations, bending and stretching of bonds, collisions, etc ) and then remit any remaining radiation at a lower infrared wavelength.

Only some molecules in the atmosphere absorb infrared radiation; for example, nitrogen and oxygen are the major gases in our atmosphere, 78% and 21% concentration in air respectively, and the concentration of these gases can be measured accurately and reproducibly to hundredths of a percent, but nitrogen does not absorb and remit infrared radiation and oxygen and ozone (O3) absorb solar radiation only in the very short wavelengths – below 0.3μm.   In the longer, lower energy wavelengths of re-radiation, ozone absorbs around 9.6μm but oxygen doesn’t absorb at all.  And ozone concentration is only 0.000004%.  Like nitrogen, oxygen is transparent to re-radiation.   Infrared radiation passes through these molecules because there are no quantum energy bands in these molecules for absorption at infrared wavelengths of re-radiation.  On the other hand, water vapor, CO2, methane, nitrous oxide and some other trace gases absorb infrared radiation and immediately re-emit (i.e. re-radiate) infrared radiation but at a lower wavelength. Nearby molecules of water vapor, CO2, methane, nitrous oxide then absorb the radiation at the lower infrared wavelength, which increases their motion and then re-emit the radiation at a lower wavelength in a cascade to lower and lower energy levels until eventually the only energy left is molecular motion from collisions, no radiant energy remains.

The concentration of water vapor/clouds in the atmosphere varies between about 4% near the equator to near 0% at the poles and high altitudes. This wide variation is caused by many factors. Water vapor’s irradiance in infrared wavelengths is measured to be 10’s of watts per square meter (W/m2).

The irradiance in infrared wavelengths of CO2 at 0.04% concentration in air is measured to be about 1.5 watts per square meter (W/m2). The concentration of methane (CH4, or natural gas) in air is only about 0.00017% and – like CO2 – can be accurately measured at a specific point but varies widely depending on many different factors. At that low concentration, methane’s infrared irradiance is only about 0.5 W/m2. The Infrared irradiance (i.e. greenhouse warming or radiative forcing) of both water vapor and CO2 are lower in higher, colder latitudes, around the north and south poles, because there is less radiation from the sun there and because the concentration of both gases in air is relatively lower there. The cumulative amount, human and natural, of all CO2 gas plus all methane gas that exists in the atmosphere, i.e. the two gases typically given as the two most dangerous greenhouse gases, has a greenhouse irradiance/ radiative forcing which is 5 times lower than water vapor and clouds in the atmosphere.

One implication of Henry’s Law: if the AGW hypothesis were correct, then there would be runaway dangerous warming from a hotspot in the atmosphere near the equator. AGW proponents have been sounding alarm and near panic about reaching or passing a point of no return now, around 400 ppm.  We have exceeded 400 ppm around the equator, but no such hot spot exists, as measured by satellites.

Another implication of Henry’s law: it would take about 4500 years to double the atmospheric concentration of CO2, if all other trends remain the same as today, because incrementally more CO2 would be absorbed into the oceans, lakes and all water to maintain the 50:1 Henry’s Law equilibrium constant.

Another implication of Henry’s law: models and proxy measurement constructions of prehistoric atmospheric CO2 concentrations based on ice core drilling, typically in Antarctica, Greenland, or glaciers, are not by themselves statistically reliable estimates of global CO2 concentration, but only representative of their specific sampling location.

Water vapor condenses into mist and raindrops as warm air rises and turns cooler in the upper atmosphere. The cooler mist and drops absorb CO2 from the air, immediately becoming weak carbonic acid (H2CO3), which is the same as you drink in soda pops. The colder the rain, the higher the concentration of carbonic acid, and the lower the pH and more acidic the raindrop, same as your soda pop.  The surface area of all the raindrops in the air, on plants, in the soil and the surface area of all rivers, lakes, oceans and puddles, which is an enormous water surface area, is continuously absorbing CO2 from the air and following Henry’s law.

Carbonic acidified water spontaneously reacts with calcium and other mineral ions dissolved in the water to form calcium carbonate, which eventually precipitates as a solid and sinks to the bottom of the oceans or lakes as limestone (CaCO3, calcium carbonate.) This simple reaction continually removes CO2 (carbonic acid) from the water, and then more CO2 is absorbed from the air to maintain the Henry’s Law equilibrium. Since there is more dissolved calcium in the soluble ionic form of calcium hydroxide (Ca(OH)2) in the top 100 meters of ocean water than all of the carbon on earth, that is, there is infinite buffering capacity for carbon and carbon dioxide, the ocean is termed an “infinite sink” for CO2.  This means that earth’s oceans can never become acidic, i.e. pH can never be less than 7, due to carbon dioxide. Acidifying the oceans is another scare tactic of global warming proponents.

To release CO2 from limestone back into water or air requires the extreme high heat of a volcano, leaving behind CaO (i.e. solid lime). This volcanic re-release of carbon back into the atmosphere has been continuous in human history. Carbon and water (carbohydrates) are the major building block of all life on earth and all of the carbon that has ever been in a living creature or plant has come from CO2 in the atmosphere. CO2 from the atmosphere is the only source of carbon for living plants and creatures.  To dissolve CO2 into water requires no additional energy or catalyst, whether that water is in the ocean, or in a plant or animal. CO2 is highly soluble in water and the reaction produces heat, i.e. is exothermic. This is all part of earth’s carbon cycle.  Read all about it.

And further, the available quantum energy bands in atmospheric CO2 molecules are already full. Adding more CO2 to our present CO2 level does not result in proportionally more greenhouse warming, but instead progressively less and less warming following a log curve as more CO2 is added. Climate will be progressively less sensitive to CO2.

In fact, the greenhouse warming irradiance from water vapor and clouds is so much larger and more variable than CO2 and methane irradiance that it is impossible in the real world at the current state of the art to measure a statistically significant amount of radiative forcing (i.e. irradiance) of CO2 and methane on water vapor and clouds,  which is the proposed cause-effect explanation for global warming.  What they have proposed cannot be usefully measured.  (The warming caused by the 10% contribution of humans to total CO2 cannot be measured.)  Since the proposed cause and effect cannot be measured by scientific and statistical standards, the AGW hypothesis cannot be proven by its salesmen,  AGW proponents.  It’s just guesswork which cannot be verified.  They probably sell snake oil elixirs too.

It is a giant fraud. It is not science. AGW proponents should be investigated, prosecuted, fined and jailed. The damages they have caused the people are in the trillions of dollars. What did they know and when did they know it?  The fees alone on the triple damage settlements against global elites would make many class-action plaintiffs lawyers fabulously rich, not too mention compensating the people for damages. Recovery of provable damages is a justifiable re-distribution of wealth. 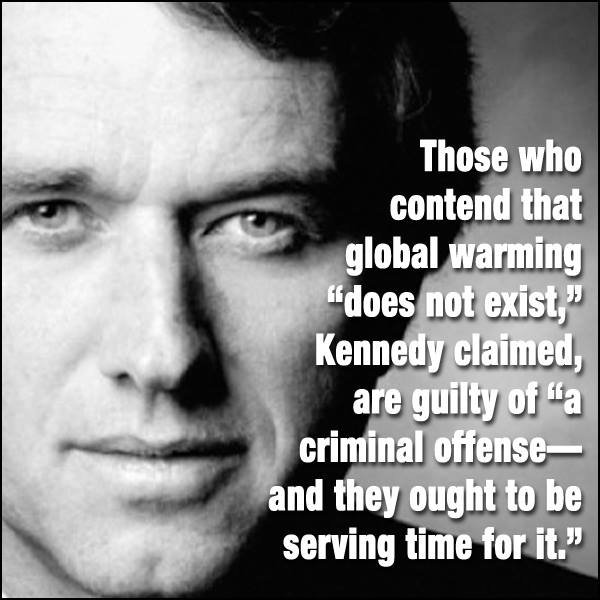