Posted on June 17, 2016 by budbromley
I suppose that you cannot imagine that the problem is not those people in the community who only wish to be left alone. They don’t want the gay metrosexual agenda that is being pushed on TV, movies, print, internet and the schools. They don’t want it for their children and pets. Like me, most libertarians as well as those on the “right” are willing to let gay people and Muslims live their life … if they will only let live. We can accept them as persons but not their aggressive agenda and behaviors. 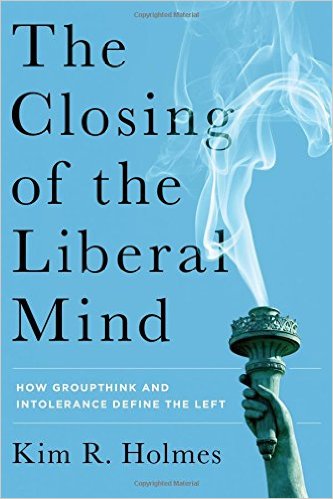 The problem in Orlando was the gay Muslim man and all the contradictions that develop from those two hate filled agendas. Most gay people and Muslims are incapable of leaving other people alone. They are driven to be recognized, a psychology that results from a lifetime of feeling oppressed. They cannot imagine that they are responsible for their feelings. So they act out. Wrap a scarf popularized by terrorist killers around your neck and face. Wear pink tennis shoes with your too tight suit. Those are screams for attention honey.
I suppose that you cannot imagine that Islam – its formal doctrines and millions of its followers – kills gay people and will continue to kill gay people, as well as anyone else who opposes Islam’s totalitarian culture from the dark ages. It must be reformed or they  cannot stay.  Now try to imagine that the so-called “progressive” agenda into which you have been indoctrinated is instead regressive and is designed to control you or eliminate you. I’ll bet you can’t handle that thought and your left knee will come crashing into your head.  It too must be reformed.
Your government is importing and supporting thousands of Muslims who wish gay people dead. And they also wish Jews, Christians and Hindu dead, and non-believers dead too. Somehow you conclude that the problem is due to those on the “right” and guns, even though there have been more than 28,000 deadly terror events perpetrated by Muslims since 9-11-2001, the great majority of which did not include guns, no people on the “right,” nor Christians, nor Jews, nor Hindu, nor non-believers. Just like this gay man in Orlando killing mostly other gay people, Muslims kill mostly other Muslims. You ask, how can that be when both Islam and the gay agenda preach tolerance?
You have been indoctrinated.
When someone mentions the historical fact that Islamists have killed – in the name of their Allah – 10 times more people than Hitler, why is your first thought about the Crusades?
You have been indoctrinated.
“The mandate that homosexuals be killed is not from ISIS or al-Qaeda. It is from sharia — which draws on Muslim scripture,” Andy McCarthy reminds us.   (Don’t believe us.  Read it for yourself, beginning from the back of the book.)  The mandate that the western world must tolerate Islam comes from where?
In his book, The Closing of the Liberal Mind, Former U.S. Assistant Secretary of State and former U.S. diplomat Kim R. Holmes “surveys the state of liberalism in America today and finds that it is becoming its opposite—illiberalism—abandoning the precepts of open-mindedness and respect for individual rights, liberties, and the rule of law upon which the country was founded, and becoming instead an intolerant, rigidly dogmatic ideology that abhors dissent and stifles free speech.”
“Tracing the new illiberalism historically to the radical Enlightenment, a movement that rejected the classic liberal ideas of the moderate Enlightenment that were prominent in the American Founding, Holmes argues that today’s liberalism has forsaken its American roots, incorporating instead the authoritarian, anti-clerical, and anti-capitalist prejudices of the radical and largely European Left. The result is a closing of the American liberal mind.”
“Where once freedom of speech and expression were sacrosanct, today liberalism employs speech codes, trigger warnings, boycotts, and shaming rituals to stifle freedom of thought, expression, and action. It is no longer appropriate to call it liberalism at all, but illiberalism—a set of ideas in politics, government, and popular culture that increasingly reflects authoritarian and even anti-democratic values, and which is devising new strategies of exclusiveness to eliminate certain ideas and people from the political process. Although illiberalism has always been a temptation for American liberals, lurking in the radical fringes of the Left, it is today the dominant ideology of progressive liberal circles. This makes it a new danger not only to the once venerable tradition of liberalism, but to the American nation itself.” (quotes from Amazon review of Holmes’ book.)
First they came for the global warming deniers, and I did
not speak out –
Because I was not a denier.
Then they came for gun owners, and I did
not speak out –
Because I was not a gun owner.
Then they came for the Jews, and I did
not speak out –
Because I was not a Jew.
Then they came for me –
and there was no one left to speak for me.
On this misquote, my apologies to Martin Niemöller (1892–1984), a prominent Protestant pastor who emerged as an outspoken public foe of Adolf Hitler and spent the last seven years of Nazi rule in concentration camps.