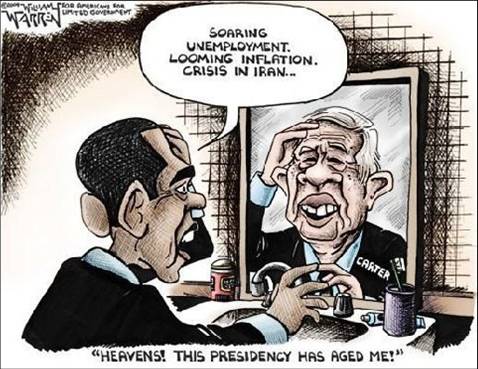 “The technotronic era involves the gradual appearance of a more controlled society. Such a society would be dominated by an elite, unrestrained by traditional values. Soon it will be possible to assert almost continuous surveillance over every citizen and maintain up-to-date complete files containing even the most personal information about the citizen. These files will be subject to instantaneous retrieval by the authorities. ”
“In the technotronic society the trend would seem to be towards the aggregation of the individual support of millions of uncoordinated citizens, easily within the reach of magnetic and attractive personalities exploiting the latest communications techniques to manipulate emotions and control reason.”
“Such a society would be dominated by an elite whose claim to political power would rest on allegedly superior scientific knowhow. Unhindered by the restraints of traditional liberal values, this elite would not hesitate to achieve its political ends by using the latest modern techniques for influencing public behavior and keeping society under close surveillance and control. Under such circumstances, the scientific and technological momentum of the country would not be reversed but would actually feed on the situation it exploits.
… Persisting social crisis, the emergence of a charismatic personality, and the exploitation of mass media to obtain public confidence would be the steppingstones in the piecemeal transformation of the United States into a highly controlled society.”
“This regionalization is in keeping with the Tri-Lateral Plan which calls for a gradual convergence of East and West, ultimately leading toward the goal of one world government. National sovereignty is no longer a viable concept.”
Brzeziński: “According to the official version of history, CIA aid to the mujahideen began during 1980, that is, after the Soviet army had invaded Afghanistan on December 24, 1979. But the truth, kept secret up to now, is quite different: it was in fact on July 3, 1979, that President Carter signed the first directive on clandestine aid to opponents of the pro-Soviet regime in Kabul. And on that very day I wrote a note to the president in which I explained to him that in my view aid was going to bring about a Soviet military intervention.”
Nouvel Observateur: “When the Soviets justified their intervention by claiming that they meant to counter a secret intervention by the United States in Afghanistan, no one believed them. However there was some truth in that…. You don’t regret anything today?”
Brzeziński: “Regret what? That secret operation was an excellent idea. Its effect was to draw the Russians into the Afghan trap and you want me to regret it? The day the Soviets officially crossed the border I wrote to President Carter roughly the following: “We now have the opportunity to give the USSR its own Vietnam War.”
Above excerpts from: Between Two Ages: America’s Role in the Technetronic Era, by Zbigniew Brzezinski, 1970. Free book at this link in pdf form. 123 pages including references and index.
https://ia601206.us.archive.org/27/items/BETWEENTWOAGESAmericasRoleInTheTechnetronicEraByZbigniewBrzezinski123/BETWEEN%C2%A0TWO%C2%A0AGES%C2%A0%20America%27s%C2%A0Role%C2%A0in%C2%A0the%C2%A0Technetronic%C2%A0Era%20by%20Zbigniew%20Brzezinski-123.pdf
“Zbigniew Kazimierz Brzezinski, (March 28, 1928 – May 26, 2017) was a Polish-American diplomat and political scientist. He served as a counselor to President Lyndon B. Johnson from 1966 to 1968 and was President Jimmy Carter’s National Security Advisor from 1977 to 1981…Brzezinski was the primary organizer of The Trilateral Commission.[4]”
“He also taught future Secretary of State Madeleine Albright, who, like Brzezinski’s widow Emily, is of Czech descent, and who he also mentored during her early years in Washington.[18] He also became a member of the Council on Foreign Relations in New York and joined the Bilderberg Group.[19]”
“In his 1970 piece Between Two Ages: America’s Role in the Technetronic Era, Brzezinski argued that a coordinated policy among developed nations was necessary in order to counter global instability erupting from increasing economic inequality. Out of this thesis, Brzezinski co-founded the Trilateral Commission with David Rockefeller, serving as director from 1973 to 1976.[4] The Trilateral Commission is a group of prominent political and business leaders and academics primarily from the United States, Western Europe and Japan. Its purpose was to strengthen relations among the three most industrially advanced regions of the capitalist world. In 1974, Brzezinski selected Georgia Governor Jimmy Carter as a member.[7][4]”
“In August 2007, Brzezinski endorsed Democratic presidential candidate Barack Obama. … In September 2007 during a speech on the Iraq war, Obama introduced Brzezinski as “one of our most outstanding thinkers,” …In a September 2009 interview with The Daily Beast, Brzezinski replied to a question about how aggressive President Obama should be in insisting Israel not conduct an air strike on Iran, saying: “We are not exactly impotent little babies. They have to fly over our airspace in Iraq. Are we just going to sit there and watch?” [69] This was interpreted by some supporters of Israel as supporting the downing of Israeli jets by the United States in order to prevent an attack on Iran.[70][71]”
“In 2011, Brzezinski supported the NATO intervention against the forces of Muammar Gaddafi in the Libyan Civil War, calling non-intervention “morally dubious” and “politically questionable”.[73]”
“According to Ignatius and Sikorski, Brzezinski was “deeply troubled” by the election of Donald Trump as president of the United States and worried over the future. Two days after the election, on November 10, 2016, Brzezinski warned of “coming turmoil in the nation and the world” in a brief speech after he was awarded the Medal for Distinguished Public Service from the Department of Defense.[64] On May 4, 2017, he sent out his final Tweet, saying, “Sophisticated US leadership is the sine qua non of a stable world order. However, we lack the former while the latter is getting worse.”[62]”
Brzezinski interview:
https://www.counterpunch.org/1998/01/15/how-jimmy-carter-and-i-started-the-mujahideen/?fbclid=IwAR0l4n8LFNllmTDw4bUY6t-EUfmqptzlkmuoGrmUsZX0ysIwqW0jd-XwVpI
Brzezinski bio:
https://en.wikipedia.org/wiki/Zbigniew_Brzezinski