In his extraordinary essay in Le Figaro, Prof. Pierre Vermeren writes of Islamization on all fronts of European society. Op-ed. 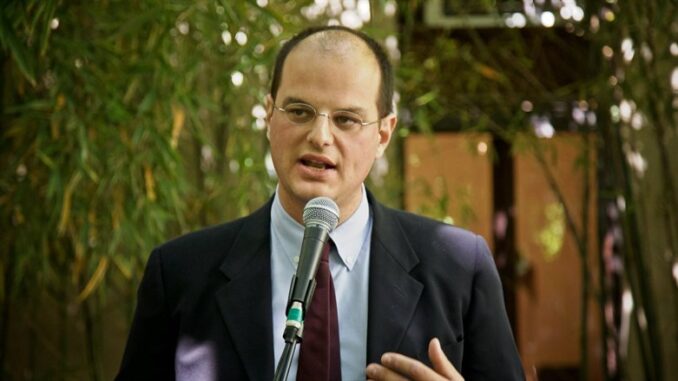 “France and Belgium are the weak links of the West in terms of national identity in crisis and the intellectual disarmament of their elites in the face of multiculturalism (France has the largest Muslim population in Europe after Russia) and remain the target principal of the Salafist movement and its political and financial supporters. For them, Brussels is the key city in terms of Islamic penetration: it seems politically submissive, the births of Muslim children are almost half and the Islamist lobby within the institutions of the European Union works at full capacity ”.

Professor of the History of Arab Societies at the Sorbonne University in Paris and one of the leading scholars of the Islamic world, Pierre Vermeren thus begins his extraordinary essay in Le Figaro. He tells of an Islamization on several fronts, both oblique and transversal fronts.

There is the political front: “La Seine-Saint-Denis has fallen into the arms of La France Insoumise, this new social and radical left. Who led the mobilization? The Islamist vote. The Muslim Brotherhood and their foreign supporters opt, as in Belgium, for the weaker party, the one that will defend their demands (subsidies to community associations and mosques) or that will not harm their interests ”.

Vermeren explains that “in a Europe where billions of euros of cannabis money circulate, Islamism has entered a hyperactive phase since 2015”. At the international level, political Islam is driving the European one after having obtained two strategic victories in six months, with the withdrawal of the Americans from Afghanistan and the French from Mali.

“In Nigeria (where 2,543 Christians were killed in the first six months of 2002) not a week goes by without young Christian women being kidnapped, priests and faithful killed, or churches being destroyed. At the other end of the Muslim world, in Pakistan, Islamists are committed to persecuting the remaining Christian communities, kidnapping young Christian girls, raping them, converting them and forcibly marrying them, as has been done for centuries. In Europe, not a month goes by without an attack or a murder attributed to someone more or less linked to the radical Islam movement ”.

What is the situation on French territory? “The attacks were a success for the Salafists: if the country resisted, the attacks strengthened the Islamic communitarianism of young Muslims – as many studies attest -, made visible by the veil of young Muslim women. The veil, which ten years ago was limited to a few cities in the north and east of the country, has become the norm in many neighborhoods (Île-de-France cities) or cities (such as Lille) and has even established itself in Bordeaux and Brittany. This Islamism is led by the Salafis and the Muslim Brotherhood, with which their foreign supporters and financiers (Maghreb and Gulf countries) compete. Furthermore, the European Commission and the American authorities, as surprising as it may seem, treat it with benevolence: the promotion of the hijab is the subject of intense communication in Brussels and Strasbourg ”.

Added to this is the censorship. “Thus, this year, three terrible murders have been ‘discreetly’ silenced, over which two Jewish families and a family of military doctors (in Sarcelles, Lyon and Marseille) have mourned, committed in the name of Islam in at least two cases, but which he preferred to psychiatrize and hide. We recall that under François Mitterrand, the ‘only’ desecration of the Jewish cemetery of Carpentras mobilized the whole of France. Today few are surprised by the almost total disappearance of Christian crosses and plaques in so many suburban cemeteries – broken and then thrown away -, not to mention the arson attacks and the weekly desecration of churches which, in some cases, may have an Islamist motive “.

Then there is the disappearance of non-halal butchers in many suburban cities or in small towns with a “cité”: “After suffering spitting or malicious gestures, the merchant silently leaves the area and moves to a middle-class neighborhood or a small town where its sought-after activity flourishes “. When hundreds of young people from the northern suburbs (citizens or foreigners from the Maghreb and not brought to justice) rob tourists and humiliate the police and the state at the Stade de France in front of hundreds of millions of viewers, “the public authorities are speechless” .

Then there is the school: “We mention the attitude that is found in many schools, which consists, from the earliest age of the pupils, in the refusal of lessons in music, swimming and fundamental historical facts (Shoah, Armenian genocide) … “.

In light of these evils, concludes Vermeren, “the relief felt by the French and their leaders at the disappearance of the great attacks is not without cowardice. Do not kill hundreds of people without specific targets with the almost certainty of dying in these attacks. In seven anni, the threshold of tolerance for the unacceptable rises a little more every year. The polls indicate that many young French people strangely accept this situation, while our leaders are turning away ”.

Vermeren, with considerable contempt for academic and journalistic conformism, masterfully recounts a gigantic operation of the overturning of a civilization. It should be at the top of the list of European governments. Instead, they happily cooperate with it.